Jane was a tough one. All we knew at the beginning was, that we didn't wanted to do just another one of those Disney-high-school-chicks, like Arielle, a kind of behavoiur and speech that is, forgive me, very American. But we had no clear idea, what to replace it with, only thing we knew was : She should be very british. Kevin Lima had the rough suggestion to look at Julia Ormand in "Sabrina" as a guideline, but just for the character, not for the design. 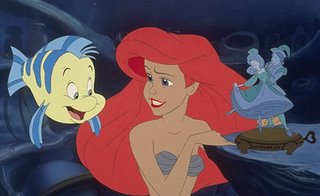 My first step into the character, designwise, came from a nice, little movie, called "Picnic at Hanging Rock" by Peter Weir. I had always loved the contrast of these young girls in their white dresses and the hot, glowing sun. It immedeatly came to my mind, when I started with Jane. So, I used that as a door and I began with my sketches. 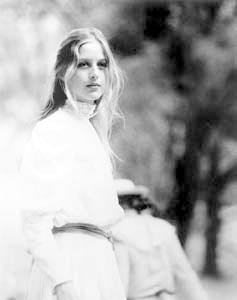 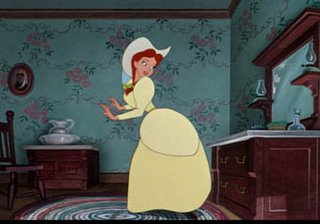 Jane's dress reminded me of Sluefoot Sue and that fantastic Milt Kahl -walk in "Pecoos Bill"
We wanted her dress, as she herself too, to adept very quickly to the jungle. Less and less Victorian, or is it Edwardian, in a short time. 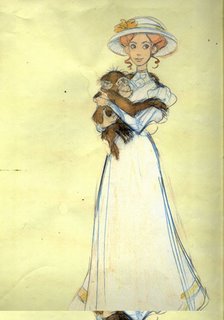 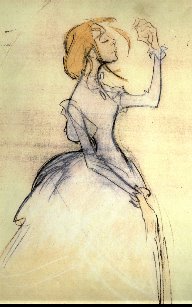 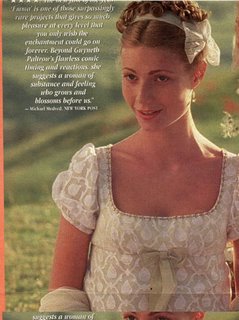 A big step forward occured, when a young and until then unknown actress appeared on the screen, Gwyneth Paltrow, in "Emma". Not only was the setting the correct one, but also the character was kind of spot on, at least, for the stage, that we were in. 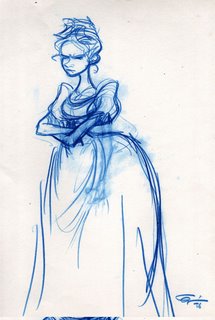 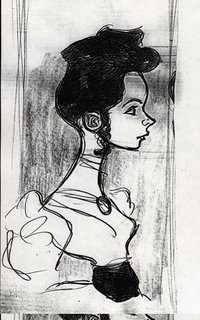 Some sketches inspired by Gwyneth...
The directors liked the turned up nose very much and also the overbite. That was considered something new and refreshing. 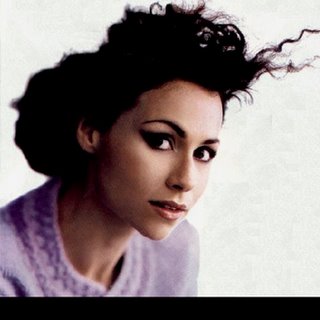 Minnie Driver, - I had the pleasure to give her a studio-tour- , added a completly new attitude to Jane. She was very helpful and brought a lot of character to the ..... ahm, character. Just imagine an american actress doing a cockney impression instead,that would have been horrible !!!! 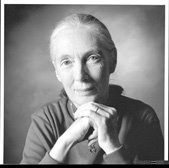 But the real breakthrough came with Jane Goodall and a lecture she was giving at the studio about her apes and their family life. What a charming, interesting, warm person. Not at all like in that Simpson-episode !!!! From that moment on, it was clear, that Jane had to be based on her, a young Jane Goodall, my God, even the name was right. 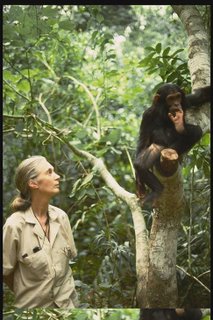 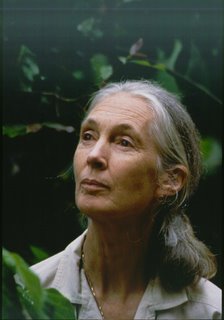 So I got myself a lot of National Geographic tapes and magazines and tried to find a mix of what we had till then and young Miss Goodall... 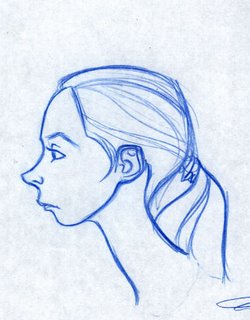 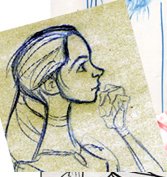 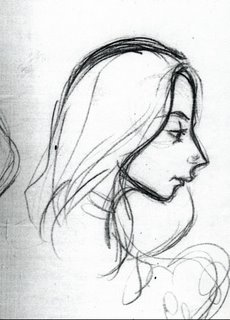 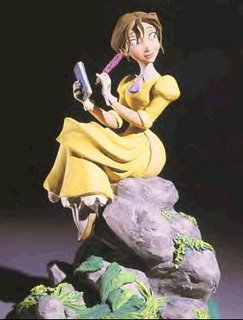 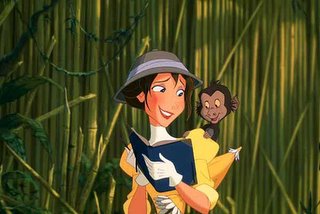 Heres the nose again.
Some pictures from the final film. 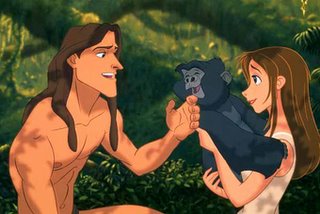 I love your posts on the evolution of a character. Wonderful drawings!
wow..
But ehr.. even though she's getting closer, it looks like she's not quite near the final design yet. What happened? Are there more posts, or did other people take over at this point?

did you play drawing tennis with Ken Duncan?

Great reading, thanks for posting!

At a certain point Ken Duncan took over and created his Jane from hundreds of sketches plussing it with his own talent.
You will find bits and pieces from all stages in the final design.

I love these stories, thanks for sharing them.

As an Australian I'd like to say how pleasing you used Picnic at Hanging Rock as reference.
It's a very peculiar film and wonderful.

All your character posts are inspiring and very informative! These posts are true jewels among the blogosphere!

Absolutely beautiful and alive work. Jane was my favorite thing in Tarzan, which of course has just loads of wonderful designs and animation. I'd seen some of these drawing before and not known they were yours--glad I do now!
Thanks for taking the time to chart the evolution of her look and manner--that's priceless stuff.

Hey Jenny,
guess we both made it to the "Frontpage" of the Cartoonbrew today , cheers !
H

Harald,
I have an in-depth and lengthy interview with Jane's supervising animator Ken Duncan, profiling his work on Jane specifically. The article will hit stands in March in the British publication "Tales from the Laughing Place" (available individually or by subscription at http://laughingplacestore.com/category.asp?RC=117
in which Ken comments on the significance of your inspirational drawings and designs in helping him arrive at Jane.
You're a great master, Harald, and truly deserving of praise. keep the faith!

Your stores about create charaters as always very interesting!Thank you!:o)


"What a charming, interesting, warm person. Not at all like in that Simpson-episode !!!!"

hahaha, i could agree more, I just want you to know, if you dont alrady know it, that episode its the worst simpsons episode ever, i'm not sayin it, every sipson fan know it...

Wonderful! Thanks for sharing your process. What a awsome insight to the process and your talents.

devin said...
This comment has been removed by the author.
8:51 AM

I was curious if you ever thought of changing the page layout of your website?
Its very well written; I love what youve got to say. But maybe you could a
little more in the way of content so people could connect with it better.
Youve got an awful lot of text for only having 1 or 2 pictures.
Maybe you could space it out better? agen joker388

with all new information at TamilDhool, thanks for sharing this with us, really appreciate your step

Free streaming of Velammal from Vijay TV only at Velammal Tamil Dhool TV in HD quality.