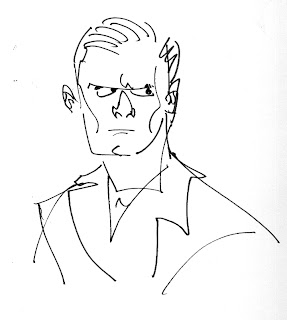 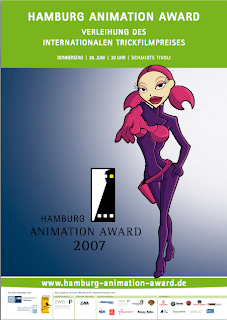 Andreas Deja coming to the Animation Awards in Hamburg !!! 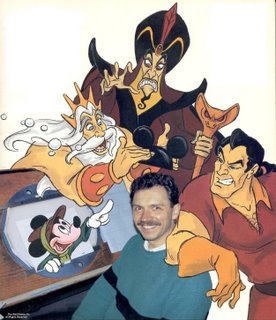 Yes it's true ! It took a lot of phonecalls ( timedifference !) and organizing but finally we made it happen !
His ticket and hotel are booked and Andreas Deja will be present at this year's Animation Awards in Hamburg but most of all: The festival will host an Animation Talk with Andreas on the 29th of June, incl Q&A and everything you always were looking forward to. The talk will go on for the whole day and costs will be roundabout € 50.- per person.
Interested ? For further animation please contact me or Manfred Behn under info@animation-school-hamburg.de
This will be woth a travel, you'll find more information about the awards and the event under the above link, so see you in Hamburg, H
Gepostet von HaraldSiepermann unter 11:54 AM 15 comments: 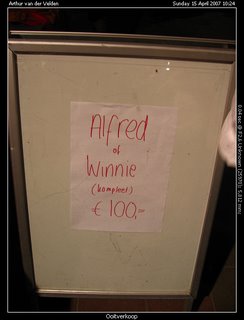 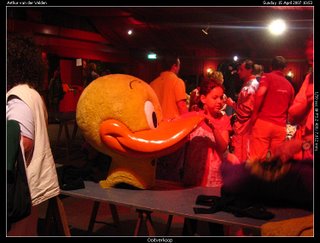 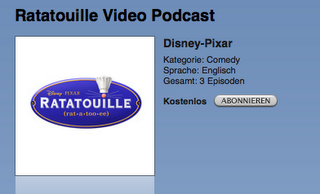 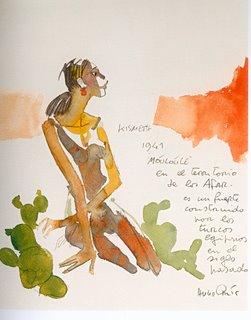 I was moving books from left to right earlier today, and stumbled across this book with watercolors by Hugo Pratt, that I bought in Italy last year.
Enjoy ! 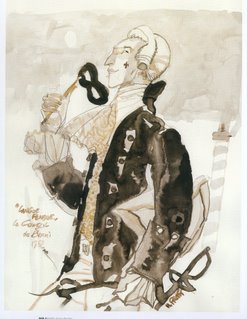 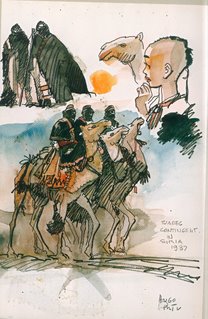 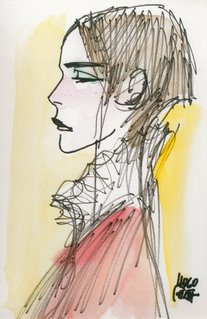 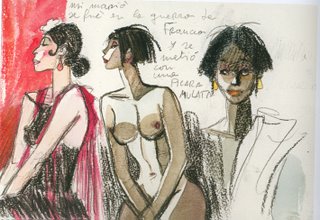 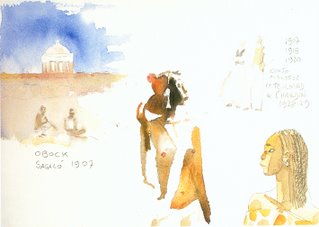 Welcome to the wonderful world of time-differences

just a couple of sketches 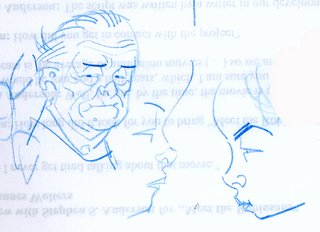 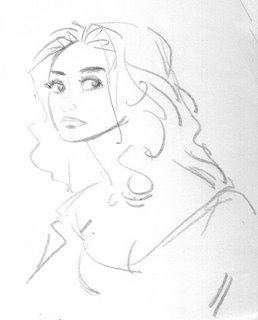 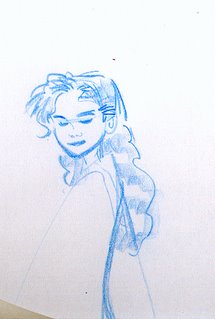 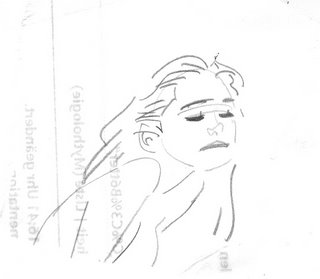 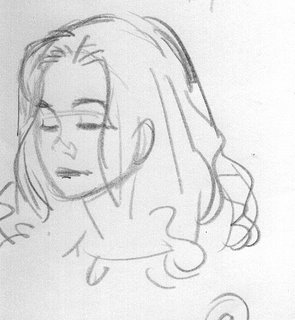 Why do the goddam yankees always have to copy our brilliant german ideas ? 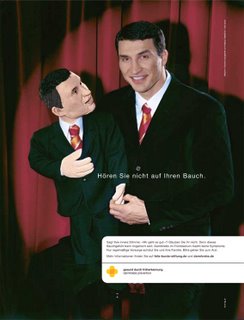 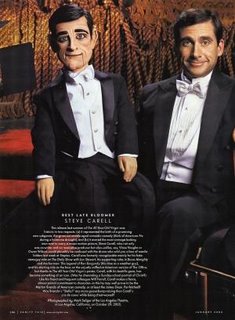 Can' they think of something funny on their own ?

On the other hand, I can perfectly see, that having a VIP stick his hand up a puppet's back is the perfect way to raise attention for intestinal cancer-check ups ;) 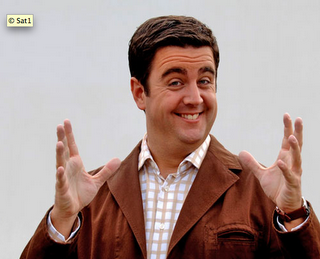 Ok, so we inventive, highly-creative Vorsrung Durch Technik-Germans come up with this wonderful concept of a real-life-comedian and his hilarious day to day adventures, called PASTEWKA, and what do the yanks do ?
Turning it into an uninspired mediocre sitcom starring the pathetic nobody LARRY DAVID, calling it "Curb Your Enthusiasm" or something, and what's even worse, while our version deliberatly limits itself to fellow comedians under contract of the same broadcastingstation, CYE dares to have "real" VIPs from film,politics and sports appearing in it as themselfes, how pathetic can you get? 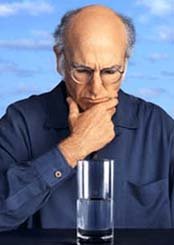 Two weeks ago the German show around "DR. Psycho" premiered on the tellie, about a nerdy, psychotic police-psychologist, very funny, very original. What do the yanks do ?
They steel it, send it back in time and revamp to something called "Monk", and the Tommies?
Even worse, they take out the comedy part, keepp the bit about the psychologist who needs help himself, send it even further back in time and call it "Cracker ". Evil, filthy little buggers. 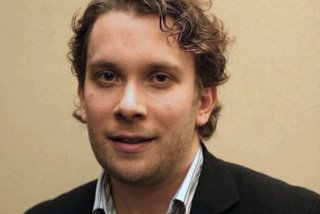 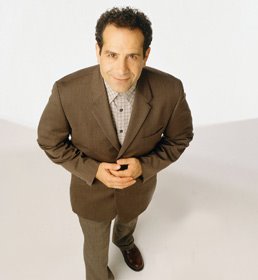 I'm only glad that so far nobody worldwide had the idea to copy our show "Stromberg", about this pathetic nerdy looser in an office.
And they better not dare, or I'll throw an Emmy at them! 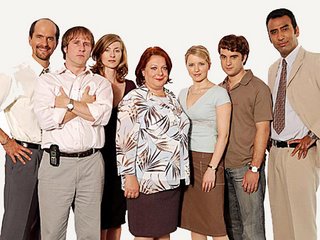