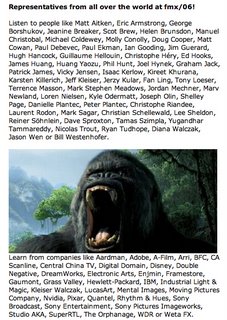 So, the reason why there hasn't been much blogging from my side is, that I have been to the FMX in Stuttgart. It was a wonderful week, I have been meeting many old friends, made some new ones, saw a lot of presentations , partied and drank a lot and among the things that I brought home is this little gem : 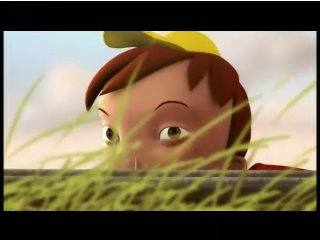 It's a little film made by Studio Soi in Ludwigsburg, some very dear friends, who made this little educational film for the German rail, who commissioned it, because every year, 10 - 12 kids die while playing near the rails. SOI applied for a chance to pitch for this project, and eventually succeeded to produce this -I said it before- ablosute gem.
It succeeds not only in terms of animation but also in it's unpretencious, non-patronizing storytelling.
See the whole movie under the above link ( sadly its in German, but since I know youre pretty clever, you'll understand it anyway) and also make sure to check out Soi's website under www.studiosoi.de
Gepostet von HaraldSiepermann unter 7:52 PM

very nice indeed! I see that Johannes is co-directing it. He is verrrrry talented!

I wish I could have made it to FMX this time (maybe Annecy!) Would have loved to hear your talk Harald!

das war super, liked everything about it, the pacing , anmation, ect, only thing i had to get used to was the design of the characters when i saw them all togehter it made sense